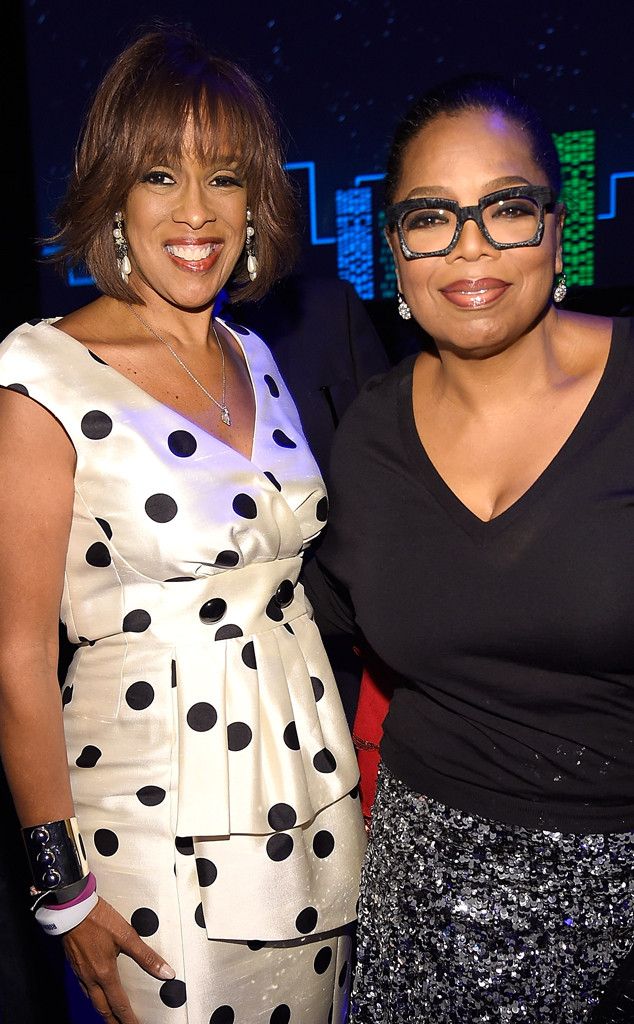 The talk-show queen and her BFF Gayle King are giving fans relationship advice in their new video series, The OG Chronicles.

In the series, which launched Tuesday for OprahMag.com, the dynamic duo answer readers’ questions about dating and share their personal experiences.

For instance, Winfrey tells the story of how her longtime love Stedman Graham reacted after she surprised him by wearing a sexy negligee.

“I’m standing at the stairs when he comes in, and he literally comes in, Stedman, walks right past me and says, ‘What are you doing?'” she recalls.

However, King has an even “better” story. The CBS This Morning host once wrapped herself in Saran plastic wrap and put on a trench coat for her then-husband William Bumpus.

Their advice for others looking to spice up their long-term relationships? Winfrey recommends asking your partner what gets that person in the mood.

“For me, I gotta say making cornbread kind of serves the purpose,” she said. “I made some cornbread yesterday, and you would have thought I stripped myself butt-naked. Like, a little cornbread and black-eyed peas goes a long way in my house.”

The besties also discuss giving significant others cellphone passcodes, sleeping together on the first date and whether a reader should confront a guy who lied about having a job.

Watch the first episode to hear their other tidbits.