Much before I meet Kader Khan, a whiff of attar welcomes me. A host of books on Islamic literature grace the shelves in his office. A voluminous Bhagwad Gita holds the pride of place amidst the Arabic texts. Bearded Islamic scholars are working single-mindedly on the keyboard. The 70 plus veteran gets up from his chair to acknowledge me, albeit with a little difficulty. He’s recently had a knee surgery. “I’m better but I need the support of a walking stick,” he says. “I ran away from the industry in the past seven to eight years. I’ve been studying the Holy Quran. Six months back, I was in Dubai and took classes in Arabic and Islamic studies. I was sponsored by the Khoja community. His Highness Aga Khan was interested in Islam and asked me to teach it. The Dubai Government is also calling me back. Now, I want to teach in London and Canada. We’ve written 250 books where we have simplified the works of Islamic scholars,” he says pointing to his small team. “My wife was not keeping well, so I had to return,” says the actor and writer who’s inundated with TV and films offers. But he has other promises to keep… 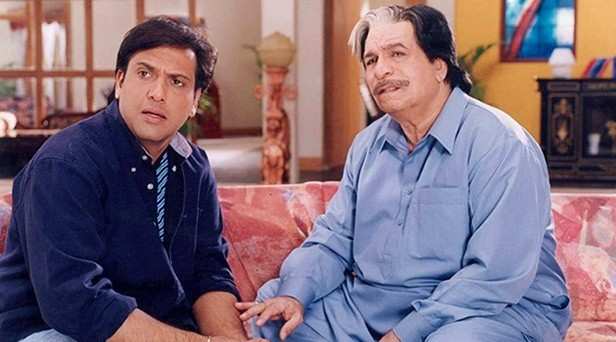 The graveyard was his playground. A young Kader Khan sort refuge amidst the silent tombs of the Israeli cemetery from his one-room tenement in swarming Kamathipura (a notorious red-light area in Mumbai) and the decree of offering namaz by his mother. And there he acted out all that he had seen during the day, the good, the bad and the dramatic! It was here that actor Ashraf Khan (seen in Mehboob Khan’s Roti) spotted the 10-year-old one night. “I was acting out something when a torch flashed on me. It was Ashraf Khan. He asked me, ‘Will you perform with the same junoon (passion) in my play?’ That’s how I played the role of a young prince in his drama Wamaq Azra (a fabled love story),” narrates Khan adding, “My performance received a standing ovation. I was carried around like Ganpati.”

Cut to Prakash Mehra’s Muqaddar Ka Sikander (1978), a film for which he wrote the dialogue and even played a fakir in. The cemetery scene has him telling child actor Mayur (played the young Amitabh Bachchan) weeping at his mother’s grave, “Sukh to bewafaa hai… magar dukh to hameshaa ka saathi hai. Dukh ko gale lagaa…aur tu muqaddar kaa badshah hogaa (happiness is an infidel…but sorrow is a friend.  Embrace sorrow and you will be the emperor of your destiny).” It seemed a watershed moment for the writer-actor who sort of exorcised his troubled childhood. “I was born in Kabul. Three of my brothers, before reaching the age of eight, had died. So when I was in my mother’s womb she got nervous. She felt the place was not good for her children. That’s why we came to India. We went through very bad days here and almost starved. We had no place to stay except a room in a chawl at Kamathipura,” he recalls. 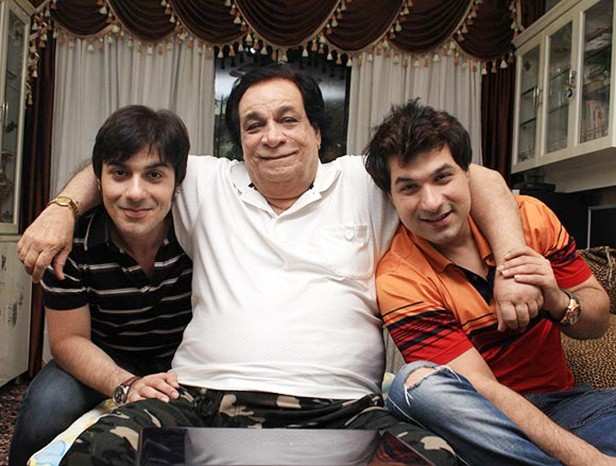 After much strife he completed his education and took to teaching (was a lecturer at the M H Saboo Siddik Polytechnic and Technical High School) and even won the Best Teacher Award. “I used to simplify dry subjects like Hydraulics, Thermodynamics and Applied Mechanics and make them fun. I’d make the weak students sit in the front row, encourage them to ask questions and even take the class,” says Khan, a civil engineer, who sought creative nourishment in theatre and its heroes Stanislavsky, Chekhov and Dostoevsky.  “In the evenings my father, Maulvi Abdul Rehman, would attend my class. He was an Arabic and Urdu scholar. He thought that if I could make such dry subjects so interesting, it would be wonderful if I taught Islam and made it intelligible.” He continues, “During his last days my father went to Holland and taught Islamic studies to Dutch students. One day he held my hand and said, ‘You remember you promised me something?’ I said, ‘I didn’t promise, but I will try to teach Islam’.” He expired shortly. That’s why I moved away from films and started teaching Islamic law and hadees (the words and actions of Prophet Mohammed).” 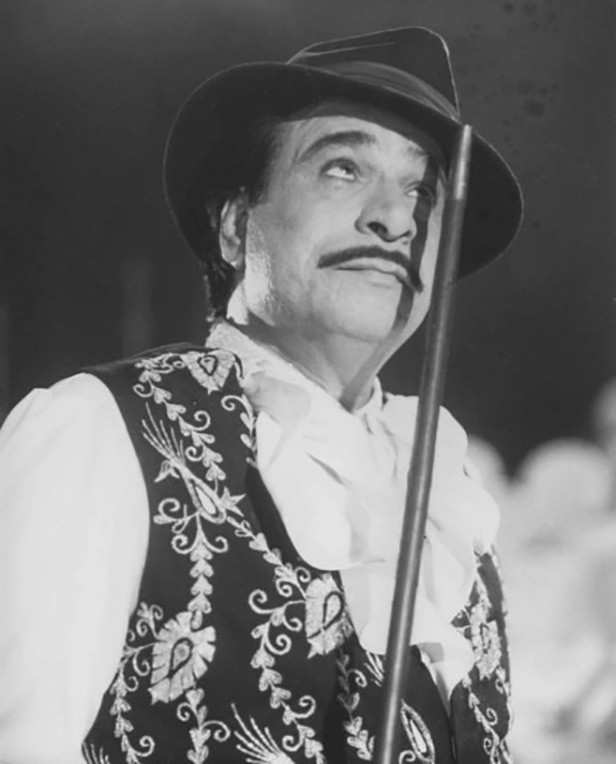 Yen for the pen

He says it was easier for him to opt out of the glam world because he was never attached to it. “I didn’t come in the industry, I was brought here. Yes, theatre was my passion. Narendra Singh Bedi, Rajendra Singh Bedi and Kamini Kaushal saw my plays and asked me to join the industry,” he says. He then wrote the dialogue of Jawani Diwani (directed by Narendra Bedi) for which he was paid Rs 1500. “For my next film, I  got paid Rs 21, 000 as fee. My salary as a teacher was just Rs 400 so I couldn’t refuse this huge amount,” he recalls. But the boom came with writing the dialogue of Manmohan Desai’s blockbuster Roti. “Manji declared, ‘My writer will be paid Rs 1, 21, 000’.”

He went on to pen more hits for Desai including Parvarish, Amar Akbar Anthony and Coolie. He also wrote for another titan of that era, director Prakash Mehra —Laawaris, Muqaddar Ka Sikander, and Sharabi were all blockbusters. And Amitabh Bachchan was the common superstar in the Desai and Mehra potboilers. “Amitabh introvert hai, main bhi introvert hoon. So we shared a good bond. Two actors whom I’ve known to be very punctual in the industry are Amitabh and Jeetendra. For a 6 am shoot, Amitabh would be there at 6.05 am. I know of actors who report at 5 pm for a 10 am shoot.  But Amitabh always cooperated and never troubled his makers.” 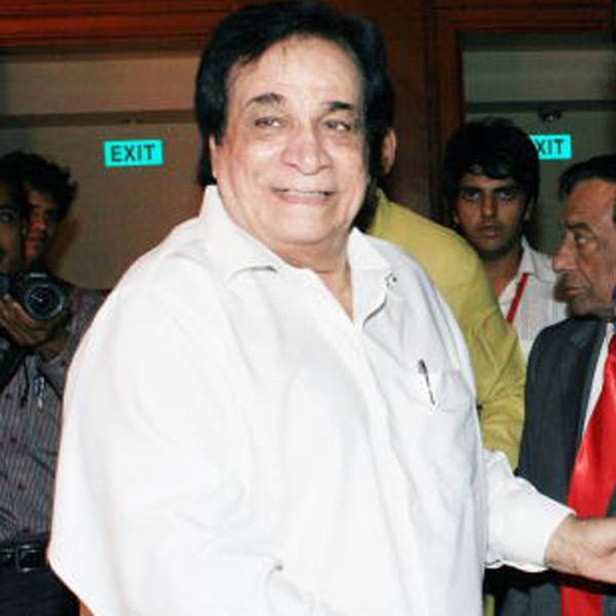 Masses vs the classes

Another twist in his career came with writing for South films like the scathing Meri Awaz Suno and Justice Chowdhary and the comedy Himmatwala in the early 1980s. “When I played a villain, my son Shahnawaz would often come home with bruises and his shirt torn. His schoolmates teased him that his father was always beaten by the hero. He’d feel hurt and get into a fight. But after my comic act in Himmatwala things changed,” he says. “The initial banners had Jeetendra and Sridevi’s names. But the next round of banners had my name in the credits,” says Kader who then jumped on the comedy bandwagon. His teaming with ‘chela’ Shakti Kapoor through the ‘90s raked in moolah. “Shakti, Govinda, Mithun Chakraborthy, Asrani, Aruna Irani and I were like family. We were like-minded. I’d write the scene and enact it out for them. The director would okay it,” says the actor who featured in hits including Dulhe Raja and Haseena Man Jayegi with Govinda and Judwa, Coolie No 1 and Bol Radha Bol with Shakti Kapoor. But his metaphor laden comedy and double entendre dialogue won him flak from critics. “The detractors were small in number. But a large number of the audience loved us. If I had tried to please the critics, then I’d have lost the masses.”

There have been magical moments in his innings like his performances in Angaar, Coolie and Jaisi Karni Waisi Bharni. And also the time when Dilip Kumar expressed his desire to watch his hit play Taash Ke Patte (during his stint as a teacher). “I was teaching when a peon came and told me that there was a call for me. The voice said, ‘I’m Yusuf Khan, I’m known as Dilip Kumar’. The phone fell off my hands. He said he wanted to see my show. I replied, ‘I’m honoured. But we theatrewallahs have some usool (principles). You’ll have to come before the curtains rise. Secondly, you cannot leave once the play is on’. He replied, ‘I like your attitude’. And as promised he came before time and watched the entire play. He was in tears. He came on stage and told the audiences about our dialogue. He also announced that he was offering me a role in Sagina.” 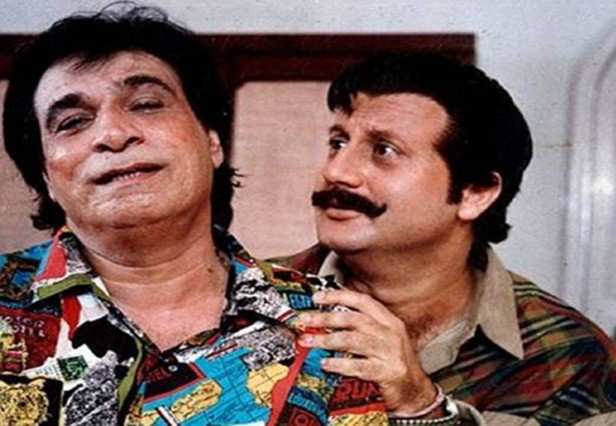 The romance for life

For someone who wrote the tragically romantic Muqaddar Ka Sikander, there must have been a tender side to his personality too. “Perhaps yes! A girl had come close to me but Maa ne belan se maar maar kar mujhe suja diya (mother beat me with a rolling pin and my face got swollen),” he laughs. “That romanticism then expressed itself through my pen. Bahut gurbat dekhi hai (I’ve seen stark poverty) and so I was not taken up by glamour. I’ve a clean record. I’ve had no affairs. Anyone else in my position would have had at least a dozen. But there’s been none,” asserts Kader. Right now, it’s all about aging well with wife Azra and spending quality time with sons Quddus, Sarfaraz and Shahnawaz!